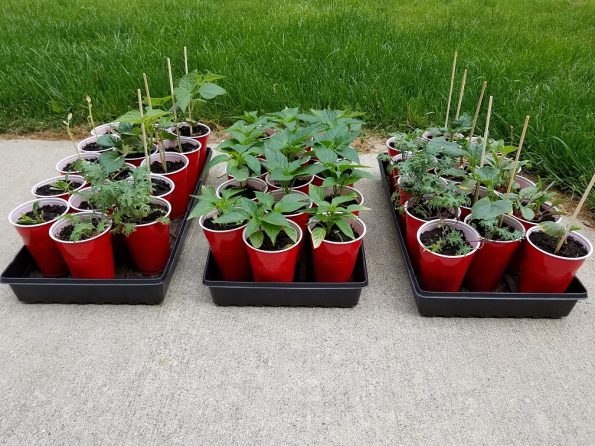 Hello and thanks for stopping by. Last week my plants were going through the process of hardening off. Now the plants sleep outside permanently. Hopefully, everything will be in the ground by this time next week.

We’ve been very busy around the house lately and the garden has taken a back seat for a bit. Plus I’ve been working on getting the hugelkultur raised bed finished whenever possible.

One question you may have had when seeing this post’s title: “Do plants really sleep?” The answer is yes. In fact, most plants grow more at night when they’re sleeping. Us humans do the same thing.

Like us, plants have circadian rhythms of their own that control different functions. Most growth occurs late at night and just before dawn.

Certain genes are turned on and off at different times of day and night. Much of this has to do with a protein that scientists refer to as the “evening complex.”  The times mentioned above are when PIF4 & PIF5, the genes known to promote growth, are most active.

Notice how the pumpkin hardly grows at all during the day. Read about it in depth from Indiana University. It’s also interesting to see how the flowers open on the first morning briefly. Both close and one becomes another pumpkin while the other dies off.

The Plants Are Holding Up Well

As we continue into the season and hardening off is practically done, I’m glad to see how well everything is doing. The red Solo cups are giving everything much more room to develop roots.

It also seems that being outside in the natural sunlight and dark has really stimulated growth. Plus, I was getting sick of carrying these back and forth from the basement twice a day.

Peppers are one of my favorite things to grow and the Scotch Bonnets are growing fast and strong. I took these photos on 5/19 and as I’m writing this on 5/22, they’re already noticeably bigger. In fact, I’ll probably start topping them and cutting back the leaves today. Topping pepper plants is a great way to cause them to grow strong and bushy. This can also work well on other plants. 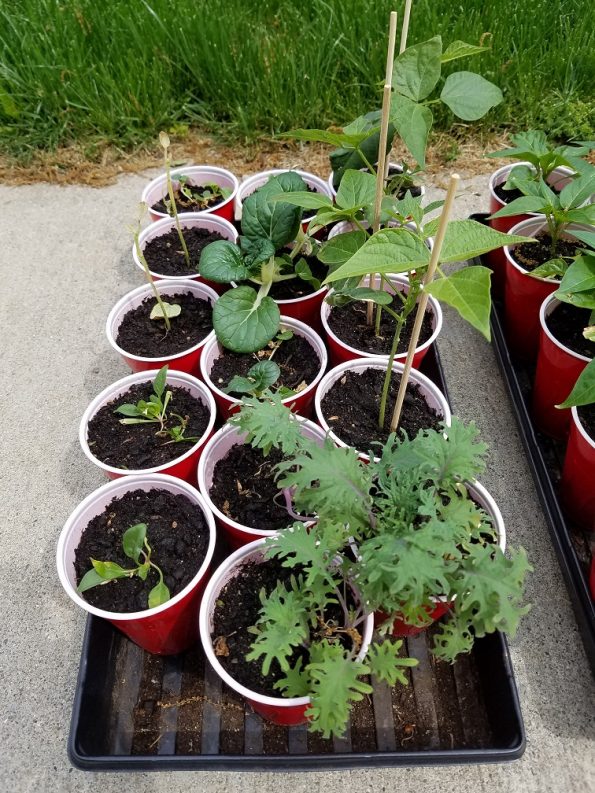 The beans (with BBQ skewer stakes) continue to grow tall and strong. The kale is doing excellent as well. As the okra has continued to die off for whatever reason, I have chosen to replace them with the last few Swiss Chard sprouts that are surviving. The remaining two okra stalks on the left are goners.

Check out how well this Pak Choy is doing. I’m certain that once it goes in the ground it will become much bigger. Same with the rest of the Kale. 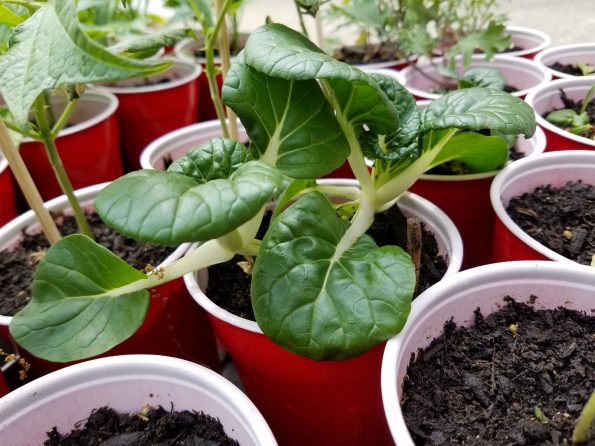 This Kale was tiny when I stuck it in the ground a few weeks ago. That was about the same time I transplanted the others to cups. Now look, it’s even bigger than everything I’ve been babying! I’m guessing it has to do with how plants sleep naturally as opposed to being under grow lights. 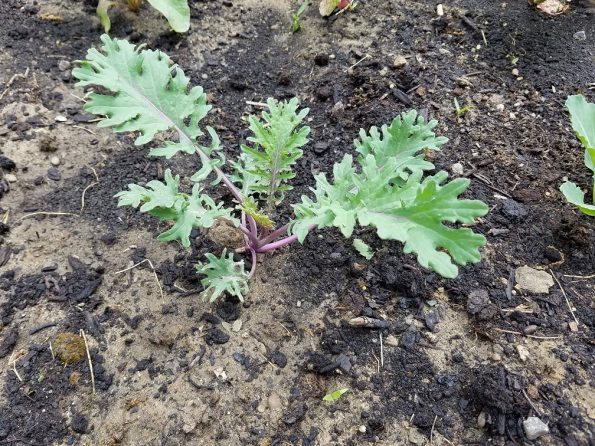 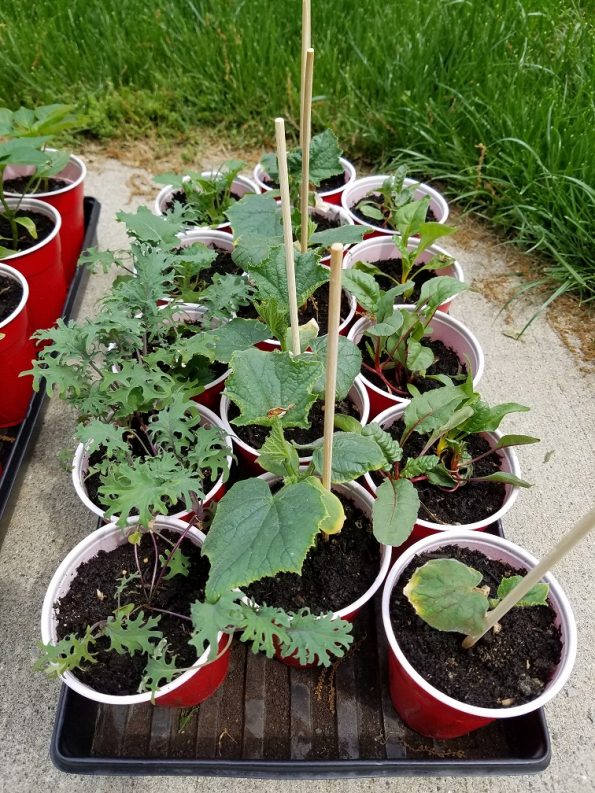 At this point, I’m not really sure what’s going to happen with all the Kale that’s growing. It will likely be put into smoothies or given away since I doubt our family will eat so much. A lot of it came from the Mesclun Mix I started earlier this season. Most of the lettuce varieties faded (except that one on the far back left) and Kale was left behind.

I find it a little surprising, and almost disheartening, that the cucumbers (mid row and bottom right) aren’t taller than they are. Perhaps they’re establishing roots right now. But I would assume that vining plants such as these would be much taller.

As for the rest of the Swiss Chard, it appears there will be no shortage of that on our table this year either. In the beginning, I was afraid most wouldn’t make it. But they’ve proven to be hearty at such a small stage.

More In The Ground 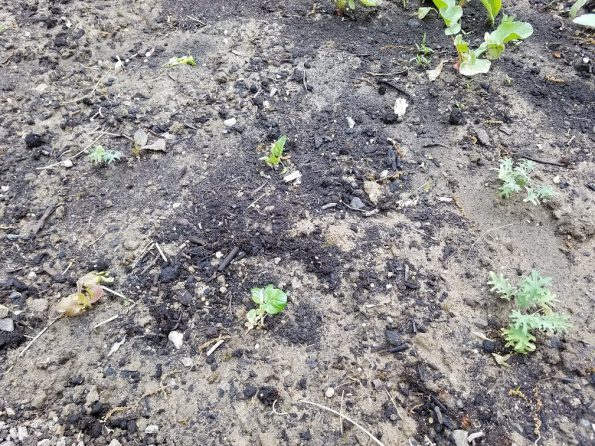 Rather than let what was left in the grow pods die, I figured they might as well be given a chance and put in the ground. Here are a few lettuces, another Kale and Pak Choy.

Most have been put close together, within 6-8 inches. Not really sure how they will turn out, but I feel optimistic. 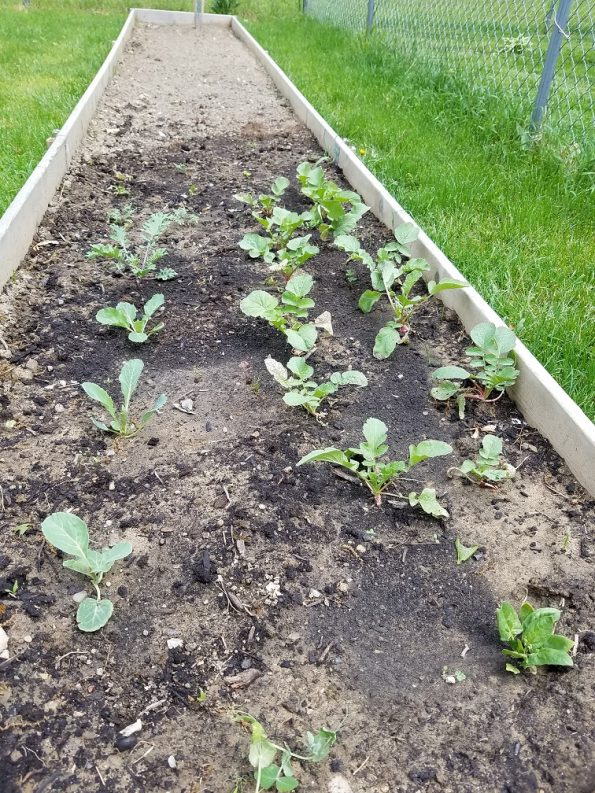 The radishes (right two rows) are pretty much ready to be harvested. That was really quick and I can’t wait to enjoy them. As they get larger they get more spicy, which is something I really enjoy. Once these come up I may direct sow more in the same place.

The Spinach is coming along nice (bottom right), as well as the 3 Collards on the left leading up to the Kale. One thing I’m rather short on is Spinach. There’s a possibility more will be purchased when we get the rest of what we want for the garden. 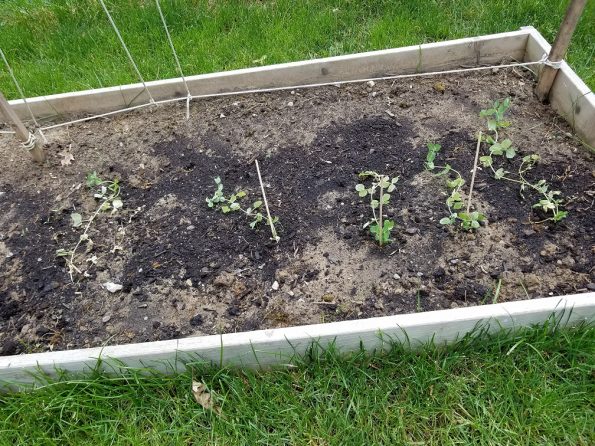 These are still vining along the ground for the moment. They haven’t been very strong since being transplanted and I’ve wanted to make sure they will take before finishing the string trellis. 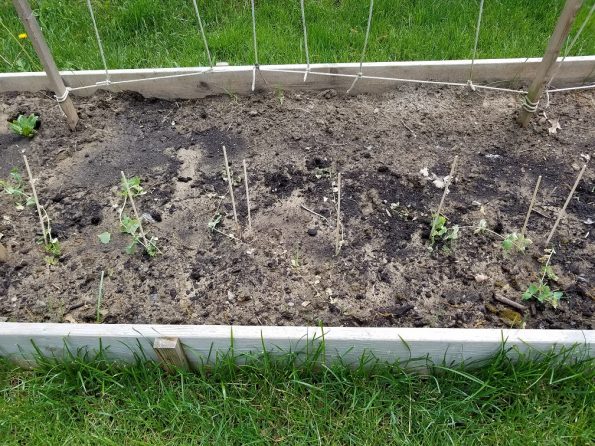 As you can see, the two in the middle have pretty much died off. Not sure what I’ll do in this space, but interplanting another vining species might happen. I’ve noticed that some of the plants seem to be starting new vines at the base. This isn’t visible in the photo, but I’m interested to see what will happen.

Getting The Pepper Place Ready 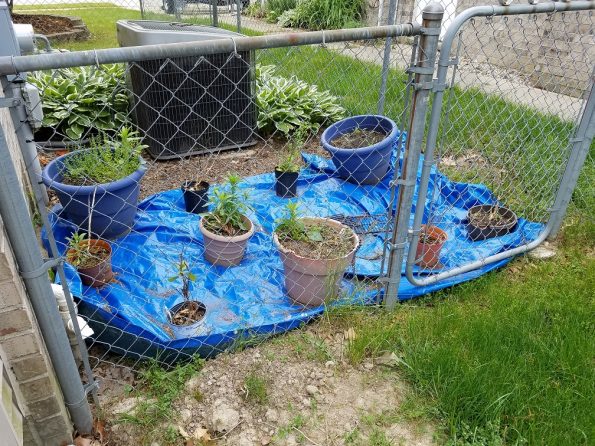 If you didn’t know already, laying a tarp down over an area will effectively kill off any unwanted weeds and grass. This may have accidentally happened to you if you’ve ever left something sitting in your yard over a period of time.

Most of the time you’ll want to wait about 3 weeks to ensure everything underneath is dead. It’s been nearly that long for this area and I’m eager to get peppers in the ground. Next year I will probably use this tactic to prep the raised bed, and possibly the hugelkultur mound too.

One of the challenges for this area will be to maximize usable grow space without overcrowding. Besides all of the Scotch Bonnets, I plan to put some jalapenos and possibly a few others in this area as well.

Thanks again for checking out this week’s update. Hopefully you learned something. If you did please don’t hesitate to share and sign up for more gardening tips from Grow To Save straight to your inbox. Have a good one and don’t forget, let your plants sleep!