Starting seedlings this year has been a challenge thus far. At first, it seemed like there was pretty good progress. In fact, I was hoping to have plants in the ground by now (mid-April). Then there was the fungal problem with damping off which set things back a month. 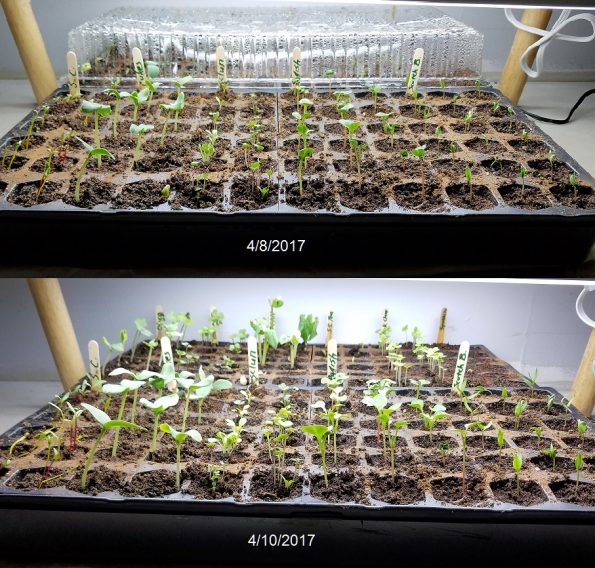 Now, after having to start over, things are looking optimistic. Both trays of seedlings in are doing very well. I think there are some good reasons as to why these are succeeding compared to the first batch. 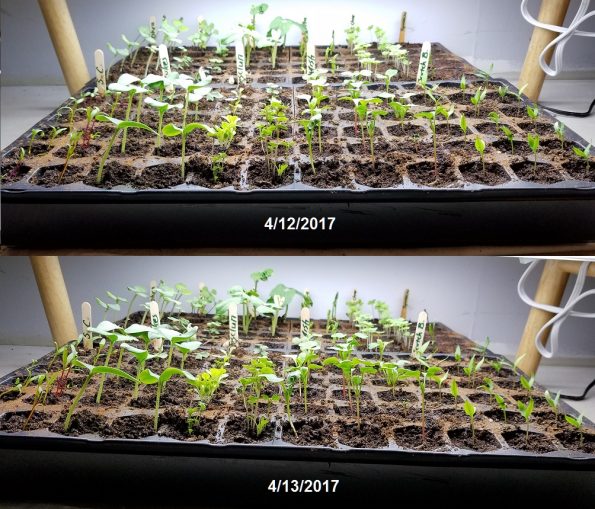 For starters, sprouting seeds on paper towels and transferring the strongest ones seems to have made a huge difference. I didn’t mention this last week, but some of the sprouts were gooey and moldy.

They weren’t transferred for fear of fungal problems, even though some had seemingly strong sprouts. The seedlings were already about a week into the growing process by the time they were put into the soil. I think this gave them an edge. 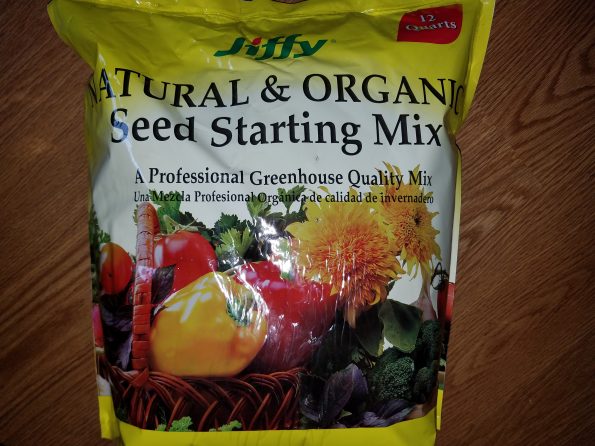 That seems like it may be a bad thing. But I would argue that when the soil dries more frequently, fungus has a harder time growing.

Lighting is a Big Deal

Investing in the fluorescent style lighting appears to have paid off. The light spreads much more evenly over the plants. Compared to the results I was getting with the flood lights, there’s a big difference.

Please learn from my mistake and invest in good lights if you are starting seedlings indoors. The other lights certainly have their applications, but this doesn’t appear to be it.

Here are some right and left angle shots of the progress with starting seedlings throughout the week. Watering was done with one quart jar per tray, every other day.

As you can see, everything has been doing exceptionally well. Especially compared to the first round of starting seedlings. I love how well the Scotch Bonnets are coming along.

One of my very favorite hot sauces is this Jamaican Scotch Bonnet Sauce by Grace. When I lived in Florida it was easy to come by. It’s expensive to order now and I’d really like to try and make my own. 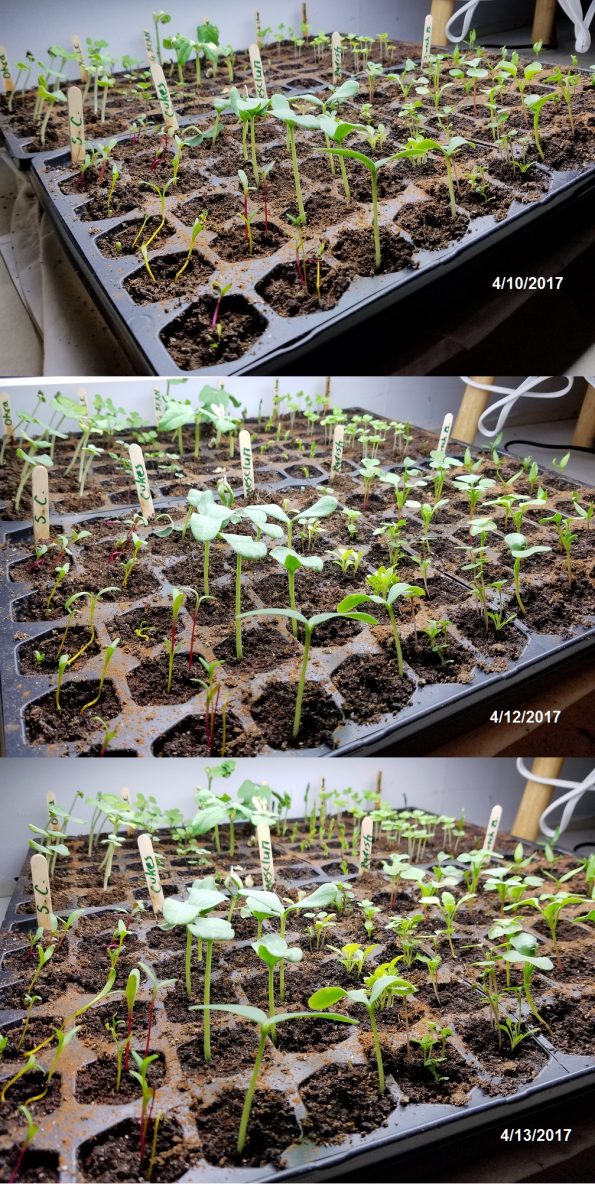 The Swiss Chard (left front) isn’t looking so hot. It may be that the fan I setup was blowing too hard on them. Personally, I don’t mind if only a few of these survive. The Mesclun Mix is kind of hard to see, but it’s also doing pretty well. Notice in the back, the garden bean leaves are getting huge.

Last week when transplanting from paper towels, several tap roots broke off of the sprouts. I was afraid that those plants wouldn’t make it, but everything is doing great.

Everything in the right half of the back tray was direct sowed. From the left, it is Sugar Snap Peas, Pak Choy and Spinach. The Spinach has been a problem for me.

Only 2 plants sprouted in the first tray attempt. Then nothing sprouted on the paper towels. I’m grateful to see two or three seedlings coming up.

Between our house and the neighbor’s lies our air conditioning unit. It also happens to be where our sump pump drains. Last year I direct sowed some Cayenne (which reminds me, I haven’t started any this year) and Scotch Bonnet seeds in this area.

Everything sprang up and outgrew all the other pepper plants in the whole yard. And I had a LOT of pepper plants last year. These grew nearly twice the size, and I have a feeling it has to do with the lighting.

Because this area is between the houses (west side of our house), it only gets direct light for a few hours out of the day. Now, this is only my hypothesis as to why the plants were so successful. All I know is this area grew very well.

So today I am direct sowing some jalapeno sprouts I started on a paper towel. They weren’t very far along, but their tap roots weren’t damaged in the process either. As always, I will keep you updated in a future post.