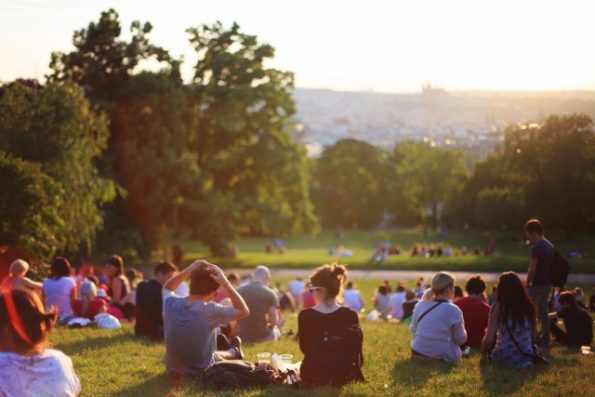 Greetings! I hope this article finds you well.

Today I want to talk about a subject I’m passionate about. And there’s a reason I am: because it’s extremely important. Without it, life as we know it, especially in First World countries, could not exist.

There would be no internet, movies, or TV. No industry, stock market, vehicles, or major forms of communication. A strong military? Forget about it.

I’m talking about agriculture. It is the foundation of civilization. Without it being established the way it is now (and the past few thousand years), each day for us as humans would be a battle to survive. Instead of thriving, we would constantly be struggling just to keep up with having enough to eat.

If you’re not familiar with how early farming began, which lead to the growth of civilization, here is a short read about it. Don’t worry, I won’t bore you with history today. 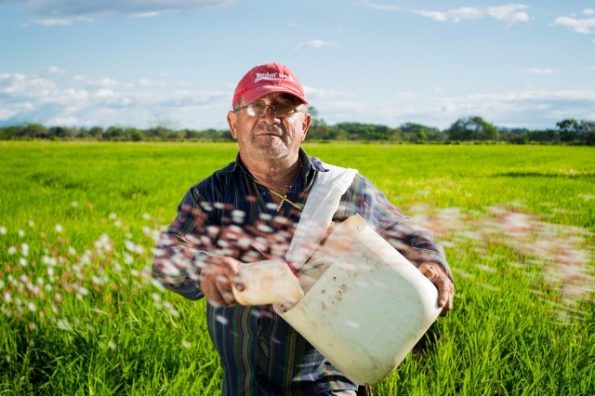 The problem we are facing isn’t simply that farmers are getting old. It’s that young people are not willing to follow in their footsteps. Interestingly, farmers are about twice as likely to work beyond the age of 65 than other professions. Besides that, farmers aren’t exactly known for being very wealthy. Don’t even mention early mornings and long work days.

These few factors alone are some major deterrents for young people entering the work force. How often do you hear of young people saying they want to be a farmer? Most want a career that pays well, has some benefits, vacation, stability and gives them the option to retire.

I get that. As someone who is only 32 years old at the time of writing this, I understand what it’s like to go through school and weigh your options on what you choose to do with your life. It’s a big decision and often times I feel that young people are swayed by other opportunities within the marketplace.

It’s like they want to get into the middle or top of this giant economic pyramid, the bottom of which is supported by farms. But if the bottom collapses, so does everything else!

Most may never hear about the incredible need there is to feed a growing population. They might hear how bad the long term effects of the current agricultural system are. But they aren’t shown any real, tangible solutions that they can be a part of. As if it’s someone else’s problem.

What Can We Do? 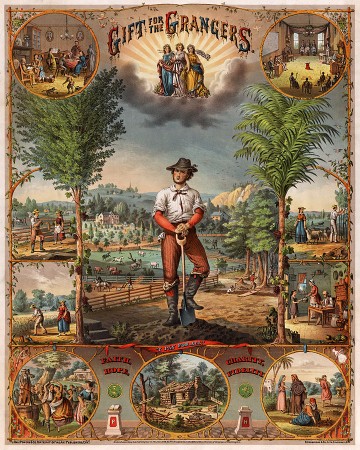 First off, we can help young people understand the power of entrepreneurship and what it means to be a job creator. When you stop to think about farmers, that’s exactly what they are. They are agricultural entrepreneurs.

Each day they wake up and are responsible for everything on their farms. Just like other entrepreneurs, they eat, sleep and breathe their business. And I do believe there is hope for a comfortable income level. Especially when the right relationships are in place.

Small farmers do much of the work themselves. But as you grow, like any business, the true power of being able to produce more comes through delegation, i.e. job creation. When you begin to multiply your efforts this way, your profits can multiply as well.

We also live in an unprecedented time when small, smart (AI) machines will soon be able to do manual labor. I believe this will change things greatly in agriculture, as well as other industries. But alas, that’s a topic for another time…

I could write a small book on entrepreneurship. It’s something I’m very passionate about and consequently, it’s what I got my degree in. So let’s talk about trying to ignite passion in young people to become farmers… aka agricultural entrepreneurs.

To Millennials And Beyond 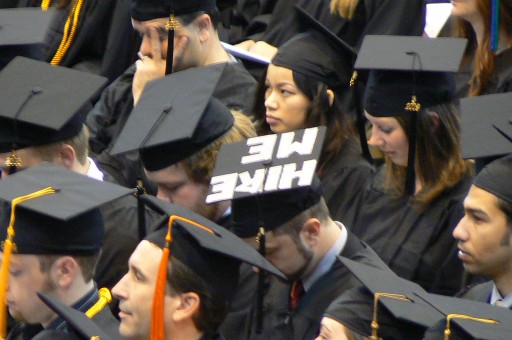 Millennials are the first in line when it comes to encouraging the young. According to Inc.com, here are 7 common traits of Millennials today:

Of course, I don’t believe that this accounts for all Millennials. But I do believe that many of these traits are desirable among them. And they are also desired among entrepreneurs. Even world traveling can teach a person new perspectives on farming techniques.

Right behind Millennials are Generation Z, who tend to be an extremely techy bunch. Hopefully, they can be the ones to program the mini AI robots. Then we can talk about intensive food production on a large scale.

If we can convince young people, especially ones at the high school level, what the possibilities of agricultural entrepreneurs are I believe we can change our world. And not just change it a little but change it for the better on a grand scale. 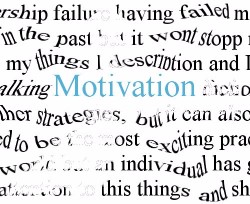 In my opinion, if we are to foster agricultural entrepreneurship, we need to show young people that the life of a farmer can be very satisfying. It can be mission driven to not only feed people top-quality, highly nutritious food but also play a major role in sustainability. Which, when many people are playing their part, can result in a serious decline in contributions to climate change.

Most young people are aware of our environmental problems. If you didn’t know already, agriculture is currently one of the largest contributors to climate change. Soil erosion is a serious problem. Modern practices with the constant use of chemicals to destroy unwanted pests or weeds are only contributing to that problem. True soil is alive! And the organisms therein need to be kept alive to do their jobs.

It’s understandable that the few farmers today must take steps to manage hundreds of acres of crops at a time. However, I think that a great way to alleviate that burden is to have more people working the land while using good soil building techniques. When the proper agricultural system is in place, one thing feeds another and the cycle of life is balanced instead of broken.

I said all of this to say that I believe if young people had a real cause to get behind, it could change their perspective. We can also show them how agricultural entrepreneurship leads to independence since they are their own bosses. I strongly believe that this is something many Millennials desire.

Not to mention they would be developing skills to survive by feeding themselves and others if the stuff ever “hits the fan.” 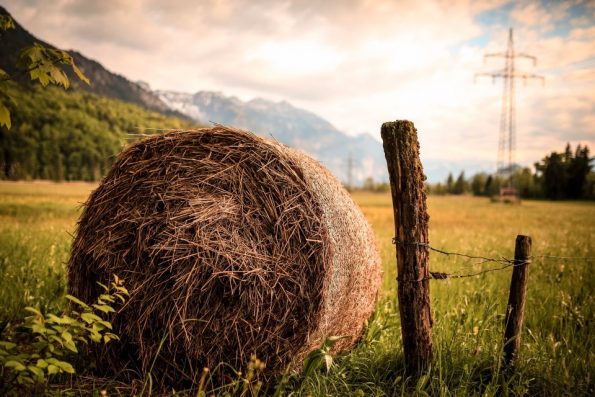 Nowadays there are many small “urban farms” that are doing close to or in excess of six figures per year on just a few acres. There’s no high overhead for huge farm equipment or anything like that. If this model can be replicated many times over, it can show that farmers can be profitable even on small amounts of land.

It’s no secret that money talks. Especially to people that don’t have it, which is usually younger people. And as an agricultural entrepreneur in an urban or suburban environment, they could still enjoy all the benefits of city living. All while making a serious contribution to society and the earth.

There is also a huge push for local produce these days. What better time than now to get started? 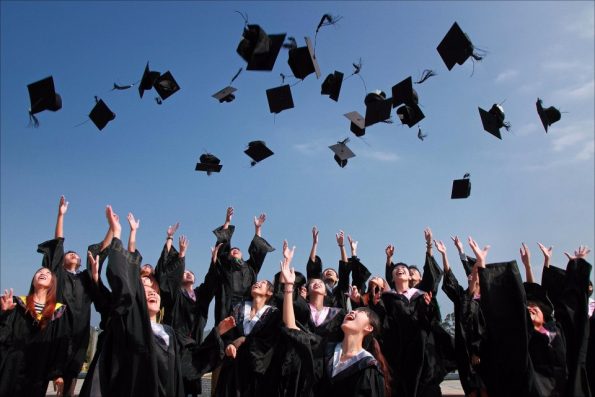 With the cost of college tuition only rising continually, this limits the number of people who can afford to go to a traditional college. Besides that, not everyone wants to go to college to realize the American Dream and they shouldn’t have to. Adding to that, as the Harvard Business Review puts it, standard college credentials are becoming unbundled and less relevant.

Aside from this, as far as entrepreneurs go, one doesn’t need a degree to start a business. Will some of the things they learn in school, and possibly some of the relationships they build come in handy? Absolutely. But to think that someone needs a humanities class understand how to build a profitable farm is bogus.

As I said, not everyone wants to go to college. It’s definitely not for everyone. But those same people might be convinced that starting a farm as an agricultural entrepreneur is a great idea. Perhaps they like working with their hands the idea of a desk job sounds horrific. So…

If there were alternative hands-on education system in place that taught people how to farm profitably, it would offer a great alternative for them. Especially if this type of system wasn’t outrageously expensive, was government backed, and provided them with the necessary resources and relationships to start.

That would include things like how to find land to farm on, where to buy seeds or livestock, and who to sell them to. You know, the basic ins and outs of farming. Plus, as the network gets bigger over time the opportunities for newcomers would continue to grow.

Becoming government supported may be a long shot. However, there are other alternatives to help fund something like this. Like setting up an organization that takes tax deductible donations. It would require a lot to get it in place and get the word out to the right investors and donors, but it could really be worth it!

What do you think? 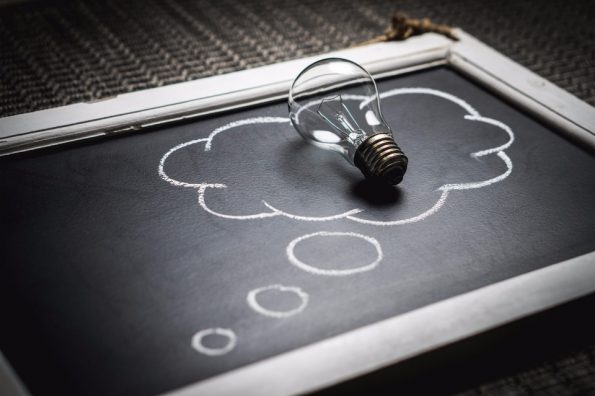 One thing I’m hoping this article will accomplish is to encourage some open dialogue about the topic. One of the best ways that can happen is for you to start commenting right here. Sharing to social media can also help. Seriously, I’d love to hear what you think. Please let me know!